A Millennium of Japanese Art 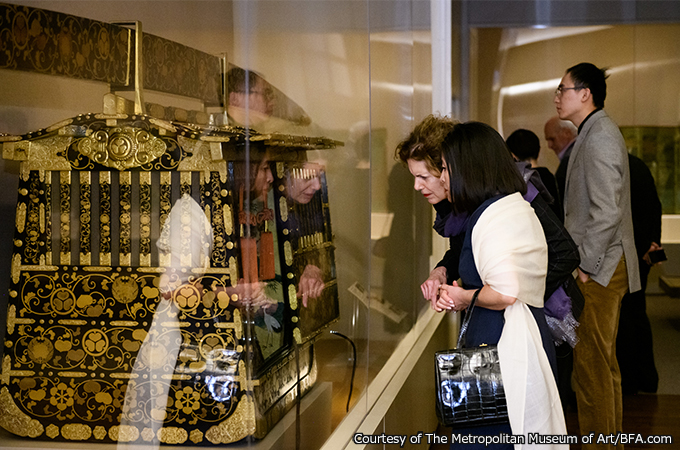 The year 2019 was a splendid year to experience Japanese art around the world, especially in the United States. Four major institutions―the Metropolitan Museum of Art, the Cleveland Museum of Art, the National Gallery of Art, and the Los Angeles County Museum of Art―partnered with the Japan Foundation in organizing noteworthy exhibitions of Japan's rich artistic heritage. Audiences from across the country were able to enjoy a memorable year devoted to Japan.

The Met's The Tale of Genji: A Japanese Classic Illuminated, held between March 5 and June 16, 2019, opened a year of celebrating Japanese art. The understated title conceals an exhibition that was years in the making and brought together an astounding selection of works related to arguably Japan's most famous literary work. Considered the world's first novel, the Tale of Genji's female author, Murasaki Shikibu, was celebrated―even worshipped through a large votive painting on loan from Ishiyamadera Temple, the site where she supposedly was inspired to write the tale―through this exhibition. The fascinating presence of the tale's author nearly outshone the glamour of its protagonist Genji, the Shining Prince. 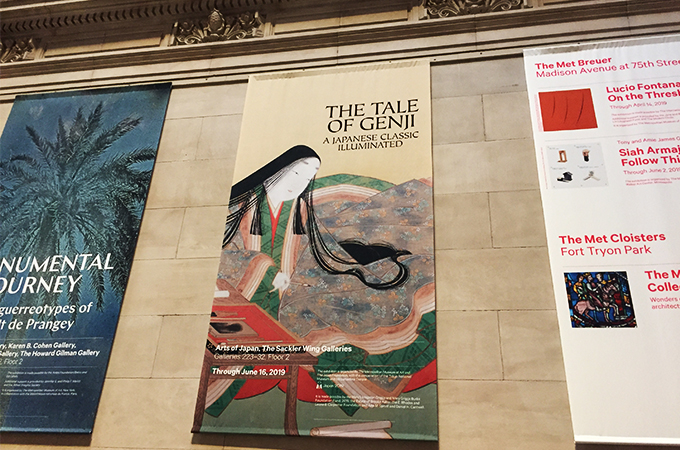 The exhibition, organized by Melissa McCormick and John Carpenter, cast the Met's Japan galleries into a sea of visual splendor. Paintings and other artworks depicting the Tale of Genji often compel in their sumptuous use of expensive materials, like gold and thickly applied mineral pigments. It is no surprise then that the Met's exhibition bedazzled the eyes. Yet the show opened with an unexpected element, the religious dimension of Murasaki Shikibu's tale. That section brought together works never seen outside Japan, such as the votive portrait of Murasaki Shikibu. The work, alongside altar pieces also on loan from Ishiyamadera Temple, reflect how the author was venerated for her literary mastery and how her well-being in the afterlife was feared for. In later ages, the sensual indulgences described in the tale along with prose fiction as a genre were interpreted as sinful and Murasaki Shikibu was deemed to suffer in a low realm of rebirth. Praying for her was thought to alleviate her hardships. 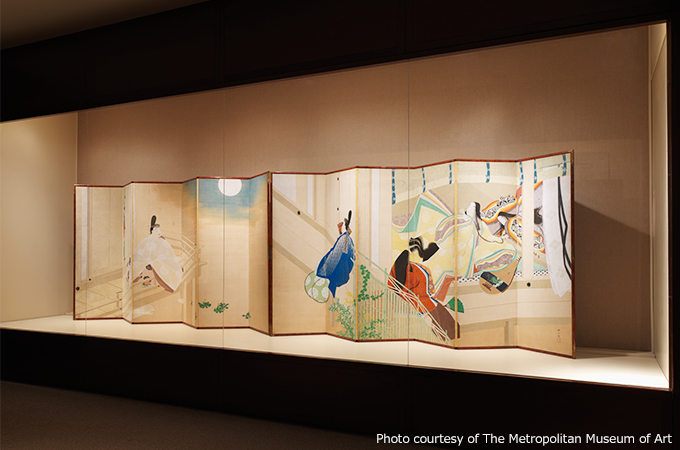 Tucked away in a corner by the entrance, one of the exhibition's most charming pieces―a book of the tale with illustrations in monochrome ink on loan from the Yamato Bunkakan, Nara―offered respite from the Genji's gilded world and added a charming nuance to an exhibition where one masterpiece was followed by the next. The sheer density of artistic skill on display gave tactility to the vast tradition of the Tale of Genji in Japanese art. Even after several visits, many new discoveries could be made. The carefully researched catalogue will serve as a go-to reference on the Tale of Genji for specialists and general readers alike.

The Tale of Genji: A Japanese Classic Illuminated
https://www.metmuseum.org/exhibitions/listings/2019/tale-of-genji/


Shinto: Discovery of the Divine in Japanese Art

From April 9 to June 30, 2019, the Cleveland Museum of Art offered what was truly one of the most astounding exhibitions in the United States that year: Shinto: Discovery of the Divine in Japanese Art. Foregrounding Japan's native religion, the exhibition's curator, Sinéad Vilbar, chose the rich visual culture of Shinto as the theme for the exhibition. American audiences are surely more accustomed to the rich pantheon of Japanese Buddhism, so Shinto: Discovery of the Divine in Japanese Art offered a view of a world often represented only sparingly in museums in the West. This relative imbalance is partially the result of the longer tradition of icon-production in Buddhism; in fact, Shinto worship adopted the practice of creating votive imagery from Buddhism and practices of producing and using Shinto objects. For example, many of the wooden images of deities were placed outside, exposed to the elements which made for a lower rate of survival than their Buddhist counterparts that were protected in temple buildings. 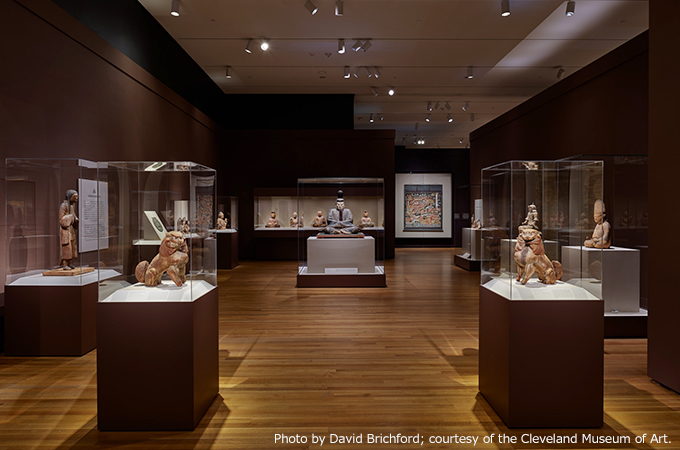 Shinto: Discovery of the Divine in Japanese Art

Shinto: Discovery of the Divine in Japanese Art presented the diverse and sometimes bizarre iconographic world of Shinto in an astounding breadth. With loans from premier institutions, such as the Nara National Museum and shrines throughout Japan, the exhibition accumulated works rarely if ever seen in America. The more than 120 loans did not overwhelm the eyes but taught, one piece at a time, the belief system of ancestor worship and nature spirits. The exhibition is the first large-scale venue to showcase the art of Shinto. It did so by offering works spanning nearly a millennium, from the Heian to the late Edo periods. In this way, the exhibition paid tribute to the eclectic nature of Shinto art. It brought together works ranging from small wooden figurines, representing two wrestlers and a referee from the 12th century, to medieval masks used in ritual performances and sumptuous Edo-period screens. From its careful choice of objects to the superb design of the galleries, the exhibition set a high bar for future shows of Japanese art. The exhibition's catalogue brings together new research on Shinto and its art, creating a much-needed resource on this special part of Japanese culture. 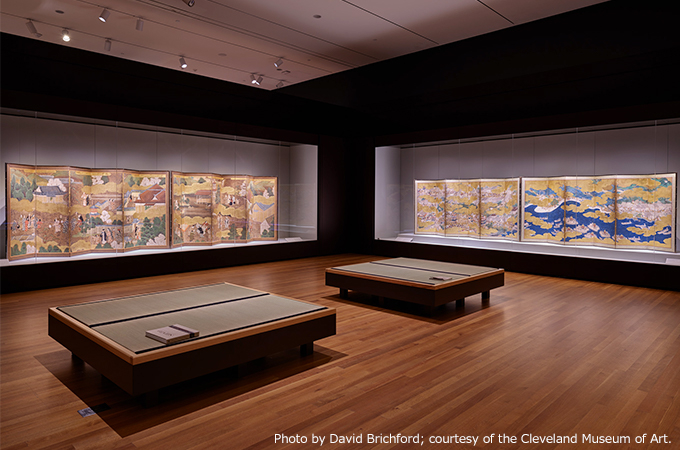 Shinto: Discovery of the Divine in Japanese Art

Shinto: Discovery of the Divine in Japanese Art
https://www.clevelandart.org/exhibitions/shinto-discovery-divine-japanese-art

The Life of Animals in Japanese Art

The only traveling exhibition among the shows with Japan Foundation involvement in 2019 was The Life of Animals in Japanese Art, which started at the National Gallery of Art in Washington, D.C., and later traveled to the Los Angeles County Museum of Art. While the D.C. venue assembled an astounding number of loans from Japan, the L.A. exhibition focused on an altered checklist. The National Gallery has an esteemed history of hosting special exhibitions of Japanese art. Most recently, in 2012, Colorful Realm: Japanese Bird-and-Flower Paintings by Ito Jakuchu (1716-1800) introduced U.S. audiences to the vibrant artworks of one of the Edo-period's most meticulous painters. With the humble number of 30 extraordinary scrolls on loan from Shōkokuji, one of Kyoto's historic temples, the exhibition was one of the most visited in the National Gallery's history. Such precedent sets high expectations on future exhibitions to come.

The Life of Animals in Japanese Art

Held in the National Gallery's East Building, an edifice designed by the architect I.M. Pei, the design choices of The Life of Animals in Japanese Art already conveyed a different approach to contextualizing and display. Curated by Robert Singer and Kawai Masatomo, the exhibition presented an emphatically idiosyncratic view of Japanese art. The artworks were arranged alongside a meandering line that began with a section devoted to the 12 zodiacs. When moving on along the exhibition's path, cornered by the cases left and right in pastel hues, visitors encountered other areas devoted to specific animals that have a strong presence in Japanese art. The staggering array of artworks―many of them known masterpieces paired with less orthodox pieces―provided for an impressive feast for the eyes. A total of 66 lenders from Japan contributed to the show, a number that far surpasses loan exhibitions of Japanese art commonly held nowadays. Paired with loans from more than 30 U.S. collections, their totality created an "artful zoo", as the National Gallery's director Kaywin Feldman put it. But The Life of Animals in Japanese Art was more than that. It not only taught visitors the omnipresence of fauna in Japanese artistic production, but it invited museumgoers to explore the vast creativity of artists throughout all ages. Paintings, sculptures, and other genres left no doubt about the craftsmanship and creativity that permeates virtually all parts of the country's history. As such, the exhibition presented a captivating finale to a year of indulging in Japanese art. 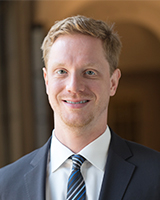 Frank Feltens
Frank Feltens is the Japan Foundation Assistant Curator of Japanese Art at the Freer Gallery of Art and Arthur M. Sackler Gallery, Smithsonian Institution. He holds a PhD in Japanese art history from Columbia University. Feltens is a specialist in Japanese painting with a particular focus on the late medieval and early modern periods. He has organized a number of exhibitions at the Freer and Sackler, including Japan Modern: Prints in the Age of Photography (2018-19) and Hokusai: Mad about Painting (2019-20).