The Japan Foundation invites influential young and mid-career researchers and intellectuals from China to Japan to deepen an understanding of Japan and to build an intellectual network (between Japan and China). This invitation program began in FY2008, and in the following 11 years, a total of 192 individuals (101 as individuals and 21 groups) have visited Japan (as of the end of 2019).
This series introduces articles by past guests of this program on social issues common to both Japan and China. The second article is by Dai Lian, Deputy General Manager of Beijing Zhongguancun Science City Innovation Development Co., Ltd., who specializes in medical care and health (FY2019 individual invitation).

The path of Japanese postwar development mirrors that of present day China.
Rapid urbanization, a soaring gross domestic product (GDP) with over 10% growth for several consecutive years, ever-increasing housing prices, many people enjoying tourism and shopping around the world, overworked office employees, etc., etc. It seems like all these phenomena that occurred over 40 years ago in postwar Japan are now being reproduced in China, as if the beginning of those 40 years had been transplanted to China from 1979 onwards.

I strongly felt that way for the first time shortly after I visited Tokyo in September 2019. This is when I studied aging society issues at the University of Tokyo as a fellow researcher in the Japan Foundation Japan-China Intellectual Exchanges Promotion Program.
The first activity that I participated in was a luncheon with elderly people living alone in Kashiwa City, Chiba Prefecture. I talked with these elderly people and asked them about their childhood lives.
"There were so many children back then that the rural elementary school taught the children in two groups, one in the morning and another in the afternoon. Children had to go to school with children of the same group."
This was in the 1950s, when the birthrate jumped after the war.

We had a lot of fun talking about their youth.
"Commuter trains back then were overcrowded. I went to work with my lunch, but after being jostled and shoved on the train, my lunch had been flattened by the time I got to the office."
This was in the 1960s, when Japan underwent rapid urbanization and industrialization resulting in the soaring GDP.

These stories were like the stories of the past 40 years in China. While China was going through rapid population and economic growth as Japan did, Chinese citizens experienced all the steps toward industrialization, urbanization, and modernization that Japanese citizens experienced. Seeing Japan's aging society, I developed a strong desire to obtain information from it. I also strongly felt that experience in aging society was valuable.

According to the National Bureau of Statistics of China, among the whole population of China at the end of 2019, 176.03 million people were 65 years old or older, accounting for 12.6%*¹. This is very close to 12.78%*², which is the percentage of the population aged 65 years old or older in 1992 reported by the Japanese Ministry of Health, Labour and Welfare. In other words, China's aging society began 30 years after that of Japan. In response to the aging of society, the Chinese government launched various measures in which community-based, home-based, and group elderly nursing-care were combined. It is particularly noteworthy that in 2016, 15 cities and 2 key provinces started a project to test the validity of long-term nursing-care insurance. While continuing to search for answers like this, Japan is always the example that China should learn from. As far as I understand, Japan's mature nursing-care insurance and elderly nursing-care systems are the results of the experience it accumulated through responding to its aging society for the past few decades. There are many more points that China should learn from. 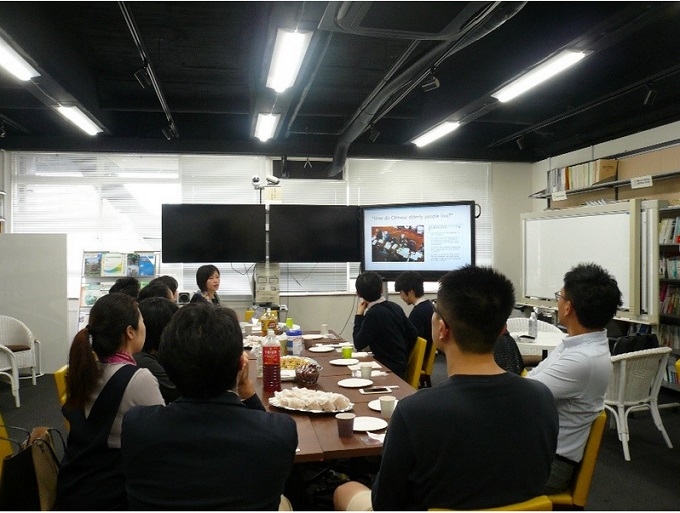 When parents become old, the burden placed on children keeps increasing as they work and also take care of their elderly parents. I learned at the Symposium on Nursing-Work Balance Support held by the Tokyo Metropolitan Government that the Japanese government was not only promoting the use of nursing leave by workers, but also encouraging companies to introduce nursing leave more widely, and it was developing a wide variety of measures to support these companies. The "one-child" generation of China is also increasingly under pressure to take care of their parents, so studying such a leave program should be highly valuable for China.

As the population ages rapidly, the number of people with dementia keeps increasing. While exchanging opinions with Sugiyama Mika, a researcher at the Tokyo Metropolitan Institute of Gerontology, I asked her "How does Japanese society prevent dementia?" She gave me an unexpected answer, saying, "Anyone can have dementia, and therefore I don't think we can forcefully prevent it. We need to create an environment in which people with or without dementia can lead their lives." This concept of Dementia Friendly Communities (DFCs) includes training dementia supporters to help people with dementia around them and operating dementia cafes so that people with dementia can actively participate in activities in their community.

From individuals such as Saisho Shinya, who at that time was Project Assistant Professor at the University of Tokyo, I learned about Japan's adult guardianship system. This system is designed to support individuals who have lost their capacity to act. Following legal procedures, a third party provides support for procedures such as asset disposal. The need for such a measure is rising in China, where the number of people with dementia is increasing.

I also learned that the definition of "old age" is now being reviewed across Japanese society. Akiyama Hiroko, Professor Emeritus at the University of Tokyo, chose "the era of the 100-year lifespan" as a research theme a few years ago. Based on the notion that it is necessary to design social infrastructure that allows retirement at the age of 60 and that individuals should design their life for a longer span, Professor Akiyama proposes life design and society creation in the era of the longevity.
On the same note, the Council for Designing a 100-Year Life Society has met since 2017 with Prime Minister Abe Shinzo as the chair. To provide reliable support for the 100-year life, the government and all sectors in society are striving to create working environments for the elderly. Innovation-based industry is also working in the same area, while some research organizations are exploring ways to support the online employment of as many elderly people as possible using virtual reality (VR) technology. I feel that all these activities are wonderful endeavors. 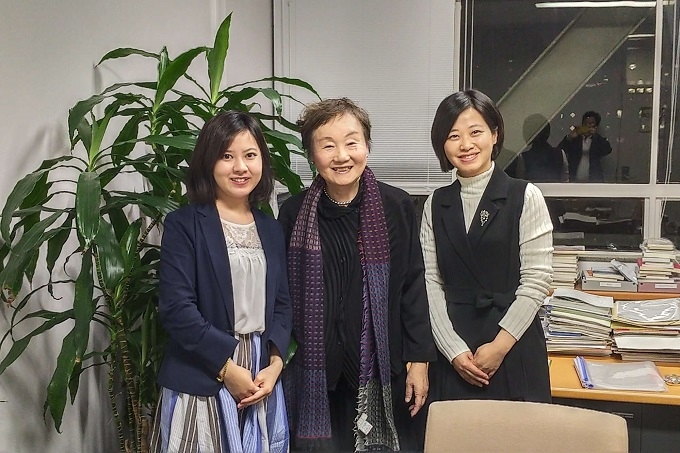 While staying in Japan, I was not only introduced to the systems, measures, and philosophy I described above, but I was also able to meet many people who were working hard to respond to the aging society. I was deeply impressed by them. I was particularly moved by the efforts of Kimura Seiichi, the former manager of the Health and Welfare Department of Kashiwa City in Chiba Prefecture, and Tsuji Tetsuo, the former Administrative Vice Minister of the Ministry of Health, Labour and Welfare. With the goal of creating an ideal elderly nursing-care system to enrich the lives of elderly people living alone, these two individuals have created new systems, such as a home medical care system and a district support system in the Toyoshikidai area of Kashiwa City. Now, after 10 years of their hard work, the Toyoshikidai area is widely recognized inside and outside Japan as a model aging society, and this local community of very elderly people has been gradually regaining its vitality. 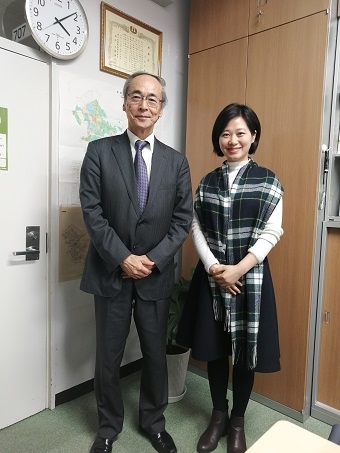 When I visited Japanese elderly facilities and government agencies for interviews, I sometimes came across the term anshin (worry-free). All sectors in society are making a wide variety of efforts to ensure that elderly people can have anshin golden years. Although not identical, Chinese and Japanese societies have many things in common. I believe that the nursing leave program, dementia-friendly environments, adult guardianship system, district support, and life design in the era of the long life will all be adopted in China in the near future to help as many elderly people as possible to have anshin golden years. 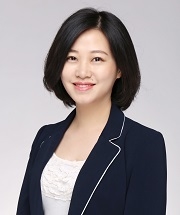 Dai LianBorn in 1981, Dai Lian choose her career path in the medical care and health field after covering this field while working as a journalist for Caixin Media, a leading Chinese media group focusing on the economy. As Deputy General Manager of Beijing Zhongguancun Science City Innovation Development Co., Ltd., she currently engages in activities for the medical care and health industry to support the health of the elderly. As a participant in the FY2019 Japan Foundation Japan-China Intellectual Exchanges Promotion Program, she conducted research on Japanese aging society under the guidance of Saisho Shinya, Project Assistant Professor at the Institute of Gerontology, the University of Tokyo (currently a researcher at the Graduate School of Humanities and Sociology, the University of Tokyo and also the Institute of Gerontology, the University of Tokyo).