The mediators who build bridges for literature

Masatsugu Ono grew up in the southern part of Oita Prefecture, and has portrayed the people who live there in detailed prose. As a participant in the Japan Foundation programs, Ono has conducted lectures and provided commentary on his works in Vietnam, talked about the Japanese literary scene in Toronto and Montreal, Canada, and given public readings and talks at international literary festivals in Russia, Armenia, and Germany. Here, Ono describes his contact with readers outside Japan, revealing the thoughts and ideas inspired by those encounters.

Even after I began to write novels, I never imagined myself meeting readers outside Japan as an author. That is a little odd, because I am the kind of person who, after reading and being profoundly moved by a living author, immediately wants to meet the author and listen to him or her directly. However, to the best of my recollection, when I was a university student in Japan in the first half of the 1990s, there weren't many events where authors came to bookstores to discuss their work and give readings. Writers remained a distant presence to me.

However, I developed a much greater sense of familiarity with authors when I studied in France. In Paris, where I lived initially, as well as in Orléans, local bookstores were always holding events that brought in authors who had published new works. I would read the announcements on the bookstore's glass wall, or pick up a flyer at the register and buy the author's new novel. Then, I'd read the book and go to the event to listen to the author.

With my limited linguistic ability and intellect, I certainly can't claim to have gained a deep understanding of everything that was discussed. But I was able to enjoy their talks in my own way, gleaning what I could based on my understanding of the characters and episodes from the stories. After the events, I would get my book signed, and, if I was lucky, talk with the author over a glass of bookstore wine. I introduced myself as coming from Japan and, in faltering and heavily accented French, did my best to give the author my thoughts about the novel and say how happy and excited I was to meet the writer. No author could be unkind to such a reader. In fact, every novelist received the reader warmly—albeit, in the case of shy authors, a little awkwardly—with kind words of gratitude for having read the book. That's a wonderful and unforgettable experience for a reader.

It's quite possible, of course, that the author's talk at an event could be uninteresting, or the reader could end up being surprised by a writer whose behavior or attitude diverges from expectations. That could dampen the excitement about the book; in the worst-case scenario, readers may even lose interest in the author's writings altogether. This kind of thing is a legitimate concern—because we authors are only human, and things that shouldn't happen sometimes do—so it is perfectly understandable that some readers prefer not to meet authors in person.

In practice, meeting writers whose works I have read and whose talks I wanted to hear has never left me disappointed. Even if I were to sense a discrepancy between the voice of the actual author in person and the voice I heard when reading the book, I am confident that it wouldn't put me off the book. On the contrary, thinking about what might have caused that discrepancy would make reading the author's writing a richer experience and draw me closer to it.

I would like to point out something here that, although obvious, is very important. In order to somehow enjoy being a part of the audience at an event where an author makes an appearance, we ourselves have to be readers—reading the book is a given. (Being able to read the author's work in French was a vital factor in enjoying bookstore events when I lived in France.) Some might think that this goes without saying.

However, what are we to do if the author at such an event is from a foreign country? Only a limited number of people can read the work of foreign authors in the original language. Translations are the only way for the majority of readers to partake in the experience. Without translation, there's absolutely nothing they can do. Of course, they can still attend a book event, regardless. But if there is no interpreter, they won't understand what the author is saying. That makes it impossible for them to develop a deeper relationship with the book or get to know the writer.

Personally speaking, opportunities to travel abroad as an author have increased considerably in the last seven or eight years. I have visited the U.S., Canada, Vietnam, Russia, Armenia, Germany, and the U.K. for events such as literary festivals and on programs organized by the Japan Foundation. At the time of those visits, my novels had not yet been translated into the languages used at most of those destinations.

Nevertheless, regardless of where the literary events were held, the exchanges I had with people who attended were always enjoyable and fruitful. I have been surprised by unexpected reactions to my writings and what I have said, and I discovered many things about my own books and other creative work. I only have good memories of those events. But how was that possible?

It was possible thanks to "mediators" who bridged the gap between our respective languages and cultures, creating readers for me. These mediators were typically local people with an interest in contemporary Japanese literature, such as literary translators and researchers. In most of the countries I visited, translators of Japanese literature—many of whom were also researchers of Japanese literature—translated a short story or part of a full-length novel to distribute at event venues in advance. Experts and graduate students of Japanese literature interpreted for me at various times while I was in the cities where the events were held. Many of the valuable encounters and exchanges would have been impossible without these mediators. At events, I often see members of the audience nodding with a gleam in their eyes or flashing a smile on their faces with a look that shows they have understood what the interpreter said, and I get the feeling that I am speaking with them directly. It's satisfying to know that you've got through. The fact that my memories of literary events around the world are all good memories is thanks to the incredible devotion and enthusiastic dedication of all the mediators. And of course, the staff at literary festivals and the Japan Foundation—who call out to literary translators and interpreters, scholars and graduate students specializing in Japanese literature, and authors interested in Japanese literature, and do such a wonderful job of organizing events—are also vital mediators, building the bridges that connect readers around the world to Japanese literature. 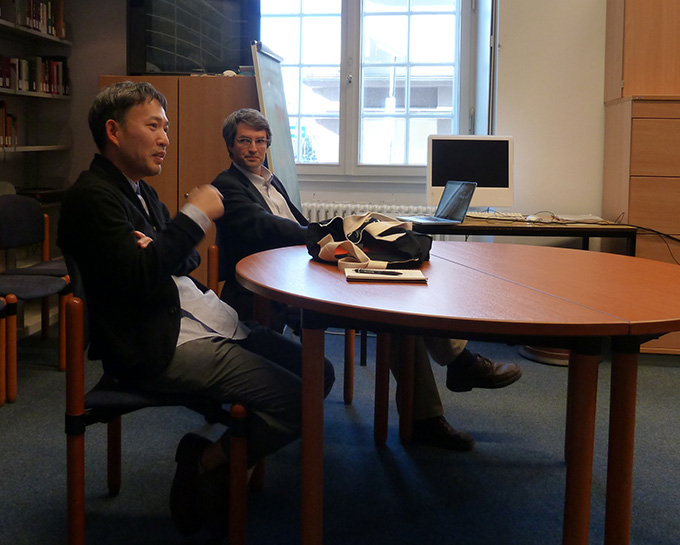 Workshop at the University of Bonn in Germany (September 2015).
(c) Japan Cultural Institute in Cologne, The Japan Foundation

For international exchange through literature to be truly meaningful to writers of contemporary Japanese literature and to their readers in other countries, each country needs to have enough mediators—such as translators and researchers who are well-versed in contemporary Japanese literature. The passion and love that these mediators have for literature is faithfully communicated to readers and event participants through the practice of providing translations or interpreting at events. Their efforts will also lead to the emergence of the next generation of mediators, although this may take some time.

Poetry, and literary fiction, the genre I've been most deeply involved in, may not have as large an audience as genres such as manga or anime. But thanks to accumulated efforts over the years by generations of writers and mediators, and to large numbers of readers, there are still many mediators who value literature today. I sense this more and more strongly each time I participate in events outside Japan.

It is only through the support of these mediators that the voices of novels written in one language can reach people in other countries. So, what can we do for the next generation of mediators building bridges between different countries and cultures through literature to promote the healthy development of curiosity and love towards literature? Personally, I have the distinct feeling that I can play a role by putting to good use the experiences—all of which have been positive—that I have gained through working at literary festivals and with the Japan Foundation. 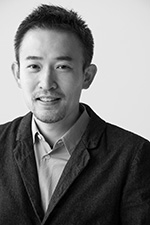