In February 2019, I set foot on the soil of Burkina Faso. The landscape of the capital city of Ouagadougou, with its red earth that stretches out to the horizon, appeared completely unchanged from four years ago when I lived here. I visited Burkina Faso this time to participate in The Pan-African Film and Television Festival of Ouagadougou (FESPACO). 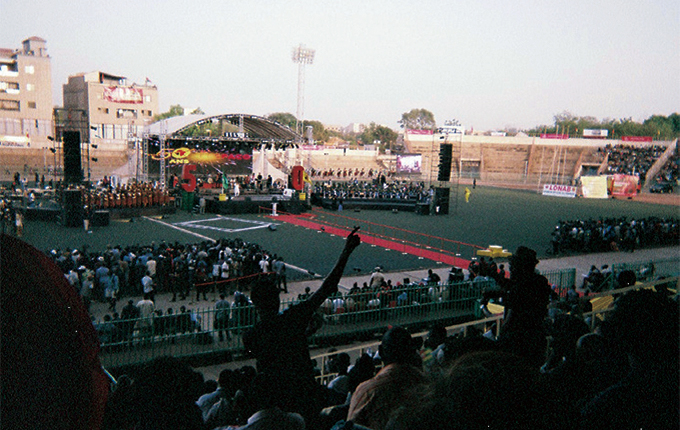 Inaugurated in 1969, FESPACO was held for the 26th time in 2019, also marking a half century since its inception. That this film festival has been held regularly for 50 years in Burkina Faso, one of the world's most impoverished nations, might almost be considered a miracle as was once stated by African cultural expert Shiraishi Kenji. Particularly noteworthy, in recent years Burkina Faso has suffered relentless political instability and has frequently been targeted by terrorists. Given this, many people have been extremely nervous about ensuring safety when holding such a major event.

FESPACO 2019 showcased around 160 works gathered from across the African continent and from diaspora artists with roots in Africa. Because the venue was situated in the French-speaking region of West Africa, French-language films had a large presence. Nonetheless, as I looked at the works selected for 2019 in the feature length competition, a marquee event, I got the impression that more consideration was given to achieving a regional balance than in previous editions. A total of 20 works vied for the highest prize, Étalon de Yennenga (Stallion of Yennenga). These included nine works from English-speaking Africa, five works from French-speaking Africa (including three works from host country Burkina Faso), five works from Arabic-speaking North Africa and one work from Portuguese-speaking Mozambique.

Of course, it wasn't possible for me to watch all films during the eight-day festival. I had to give up seeing some films even for just the 20 works in the feature length competition due to scheduling. No matter how carefully I planned, the screenings never took place as scheduled. On top of this, management was lacking and I was pressed for time. There were often instances when the screening started out smoothly, but was then interrupted due to equipment malfunctions. There were also times when announcements introducing the works drowned out the sound of the film. Though I became indignant because the interruptions were disrespectful to the film, applause and cheering erupted from the audience when the film resumed. What I learned from attending this festival is to be big-hearted. There's no use in continually having your nerves frazzled and frayed. 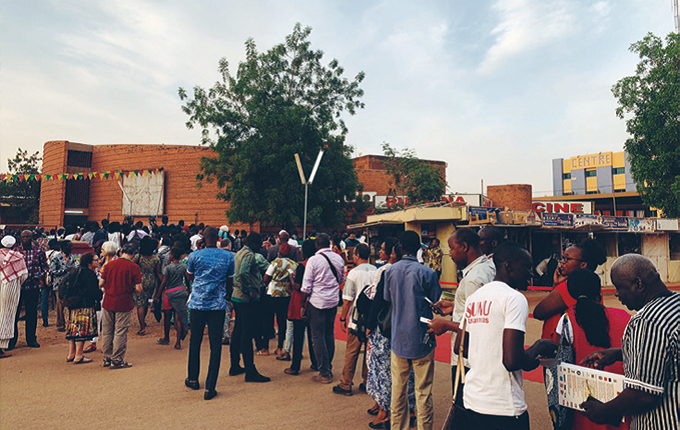 I'd like to write about several memorable moments. One was when I watched Rafiki (Friend)* (2018), directed by Wanuri Kahiu. This film portrayed the romance between two lesbians living in a city in Kenya. The venue was filled to capacity and nearly half of the viewers appeared to be a local crowd. However, the moment a sex scene between the women began, much of the audience arose from their seats and started cursing. A middle-aged man sitting next to me shook his head and said, “This isn't Africa,” before storming out of the venue. I continued gazing at the silver screen with a bitter expression while casting a contemptuous glance toward the audience that was filing out of the venue. Although I'd heard the screening of this film was banned in Kenya, I was surprised to see such a negative reaction even at a film festival. This made me painfully aware of the harsh circumstances surrounding homosexuality in Africa.

In contrast to Rafiki, Barkomo (The Cave) (2019) created by two young directors from Mali is an example of a film that received a positive reaction. This is the world's first feature-length film made entirely in the Dogon language. Set in a Dogon tribal village in the waning days of the 17th century, this film is a tale of how a woman unable to bear her husband's child and a man living as an outcast fall in love. The last scene ends with the two, who were forced to escape from the community, starting to walk toward the horizon of the endless savannah. However, instead of showing the couple dropping their shoulders at the disappointment of being banished, the film ends with the couple quietly whispering their hopes for the future, “Let the two of us build a new village.” Just at that moment, thunderous applause and cheers rang out from the audience. I was nothing but overwhelmed in witnessing their enthusiasm.

I told my local Burkinabe friends who gathered at a bar I went to each day during the festival about the various episodes I had experienced at FESPACO. However, it seemed that almost all of them had snuck off to drinking sessions at the stalls specially set up for FESPACO and appeared to have never once set foot inside a movie theater. Even if I invited them to watch a movie together, they gave some excuse to turn me down. “Well, tickets are too expensive.” they said. In reality, though, ticket prices were no higher than one bottle of beer. I couldn't help but notice that films were almost no part of their lives.

It appears that FESPACO is certainly becoming a source of a certain pride for the citizens of Burkina Faso. For a country with few noteworthy industries, it can probably be said that Burkina Faso's policy of emphasizing cultural events and displaying an international presence has achieved measurable success. However, for present-day FESPACO, audiences who gather at movie theaters are limited to people in the film industry or affluent persons who have a keen interest in culture. Most local citizens appear to look upon FESPACO as just another large festival. 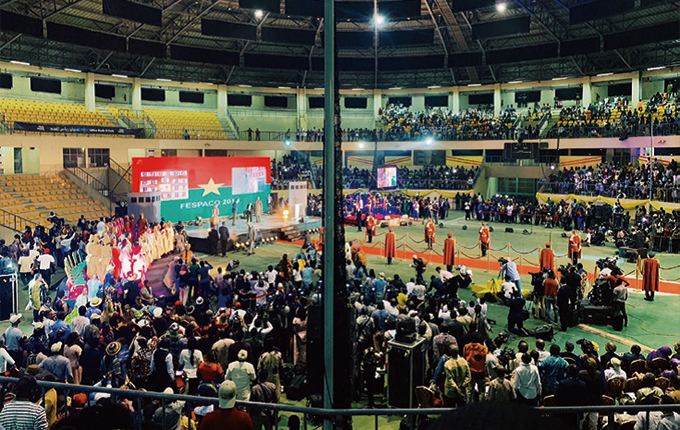 Understandably, these tendencies are probably not unique to Burkina Faso. Nevertheless, I had traveled all the way to Ouagadougou to watch African films, so I had mixed feelings whenever I witnessed that the people of Burkina Faso displayed little interest in the film festival. Shouldn't the people who live in Africa be the ones who watch the films screened at the film festival rather than me, a mere foreigner? Shouldn't these people, who became agitated because they thought homosexuality was outrageous, be the ones to watch that Kenyan homosexual love story? Shouldn't they be the ones to have clapped at the beginning of the Dogon mythology story?

My sentiments might just be nothing more than the arrogance of a foreigner. While drinking my warm beer, I'll ponder the future of FESPACO, which has taken a new step toward its next 50 years, and by extension the future of African films. Movie theaters are said to be dwindling across Africa. This isn't because small community-based theaters are being absorbed by large cinema complexes. These theaters are simply vanishing. This reminds me of the message embodied in Jean Rouch's La chasse au lion à l'arc (The Lion Hunters) in 1966.

“Listen, children. Listen to the stories of your fathers and grandfathers when they hunted lions with bows and arrows. These are stories you'll probably continue to tell someday. However, you'll probably never have the same experiences. This is because when you are grown up, nobody will any longer hunt lions with a bow and arrow like your ancestors. ”

Over a half century has passed since this movie was filmed. Probably nobody in Africa today hunts lions with a bow and poisoned arrowheads like their predecessors. Now, will the same hold true for African films? Will they just end their role as a product of the 20th century? Or, will we soon witness the arrival of the “Century of African Films” as highlighted by the sudden rise of the Nigerian film industry in recent years? The landscape surrounding African films is changing moment by moment. FESPACO has advocated a film festival for Africa by Africans and undoubtedly will eloquently hand down stories about the changing landscape in the film industry to future generations.

*The film Rafiki was also released in Japan in November 2019.
https://senlis.co.jp/rafiki/

This is a reprinted article from the side book A CENTURY OF AFRICAN FILM (published by the Japan Foundation) distributed to visitors at the symposium African Film Across Borders: Building New Bridges of Cooperation (August 29, 2019).