As humanity is faced with an unending series of catastrophic disasters around the world, it has become even more important for Japan to share its knowledge and skills internationally.

Japan has accumulated a wide range of specialized knowledge that can be useful in preparing for future disasters, painfully learned through the Great Hanshin Earthquake of 1995, the Great East Japan Earthquake of 2011 and other devastating natural disasters. Voluminous records, analyses, research and surveys from various angles were conducted to understand the damage, recovery and reconstruction processes.

I am among the many who experienced firsthand the Great Hanshin Earthquake in 1995, the great flood in Bangkok in 2011 and Hurricane Sandy in New York in 2012.

My outlook on life was suddenly transformed in 1995 when, in less than a minute of the actual earthquake, familiar roads and railway stations turned to rubble, school buildings tilted, fires raged in the city and, above all, precious lives, including those of my classmate, were lost. As I pursue my career working to cultivate international exchanges, I have become convinced that personal interactions between disaster victims to share knowledge and skills surrounding disaster recovery and preparedness are a critical part of international exchange.

Immediately after Hurricane Katrina hit New Orleans in 2005, under the initiative taken by Masaru Sakato, then consul general of Japan in New Orleans, the Japan Foundation started a project for New Orleans and Kobe to learn from each other's experiences. Through three years of mutual visits between the two cities, the participants shared valuable insights into how devastated towns were rebuilt, what role the media played and how music contributed to the reconstruction.

When participants from New Orleans visited the memorials and Disaster Reduction and Human Renovation Institution in Kobe, they were moved to tears and said, "It was painful to watch the diorama and the photos of the damage that reminded us of the hurricane, but we took comfort in sharing the same sentiments across the ocean." Empathy among those who shared similar traumas fostered strong interpersonal bonds. 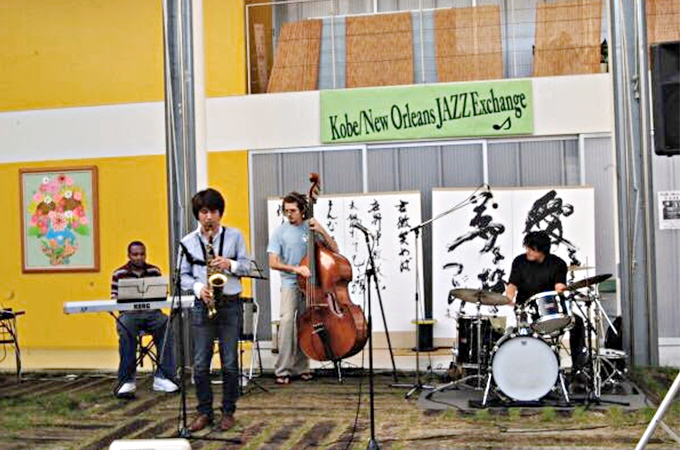 There is no telling when and in what form disasters may hit us. Preparing for and mitigating the effects of disasters can no longer be considered a task limited to experts and those who experienced disasters. It is incumbent on the international community, sharing a common need, to reach out to those who are not inherently interested and to disseminate valuable lessons learned from the victims.

Cognizant of the importance of sharing lessons learned more widely, Japan has also accumulated a wealth of wisdom and knowledge on how to educate the next generation to prepare for future disasters. One well-known example is the story "A Fire on the Hill" ("Inamura no Hi") read out in classrooms over generations to convey lessons from the Ansei Nankai Earthquake and Tsunami of 1854, in which a mayor set fire to his own rice paddies to alert his villagers about the impending tsunami.

After the Great Hanshin Earthquake and the Great East Japan Earthquake, many architects, museum curators and creators have also engaged in these education efforts in a variety of ways. When disasters hit, numerous improvisations are necessary, such as using blankets as stretchers to carry the injured or making waterless toilets. In Japan, such ideas for creative makeshift arrangements by disaster victims have been collected and compiled into videos, illustrated booklets and apps. Disaster preparedness museums have been set up in various parts of the country, emergency disaster drills are organized frequently and public education campaigns are carried out in tandem with private sector companies, such as the operator of the Muji store chain.

The Japan Foundation has been actively introducing these education efforts in Japan to disaster-prone countries such as Thailand, the Philippines and Indonesia. It has been sharing knowledge and skills gained through these exchanges with concerned people in the United States, and encouraging people-to-people exchanges from angles including design and art. They have borne fruit in various forms of long-lasting exchanges. 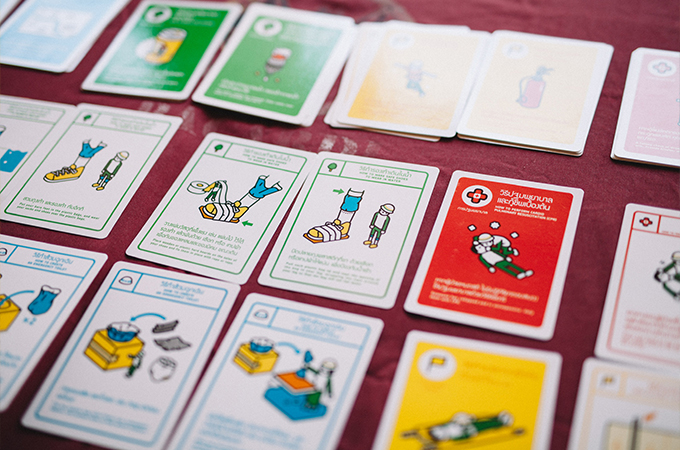 This card game for promoting disaster preparedness was born from the opinions of disaster survivors. The Japanese NPO Plus Arts created the Thai version with support provided by the Japan Foundation.

In 2017, the Parsons School of Design at the New School in New York, a well-known institute of higher education in the field of design, launched an intensive course encouraging students to create design solutions in urban planning, architecture, industry, product, lighting and other fields to cope with disasters. It became part of a three-year endeavor that culminated in a pair of lectures inviting disaster-preparedness experts from Japan and international collaborative exhibitions that showcases creative ideas for dealing with disasters at different stages — from preparedness to recovery.

The faculty and students were no strangers to hurricanes, power blackouts and other types of emergencies, and the quality of their work reflected the sincere commitment and urgency for taking action. With nearly 40 percent of students coming from abroad, many had experienced natural disasters back home, creating a high degree of interest among the students. Students inspired by the course went to disaster-stricken areas in Puerto Rico to take part in the post-hurricane survey, creating new networks within the U.S. 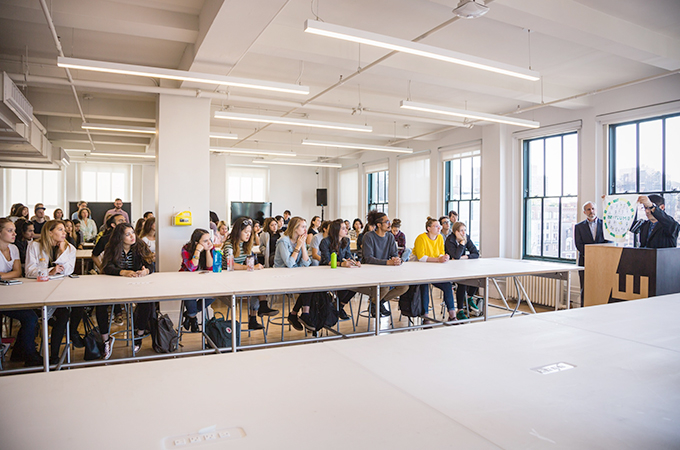 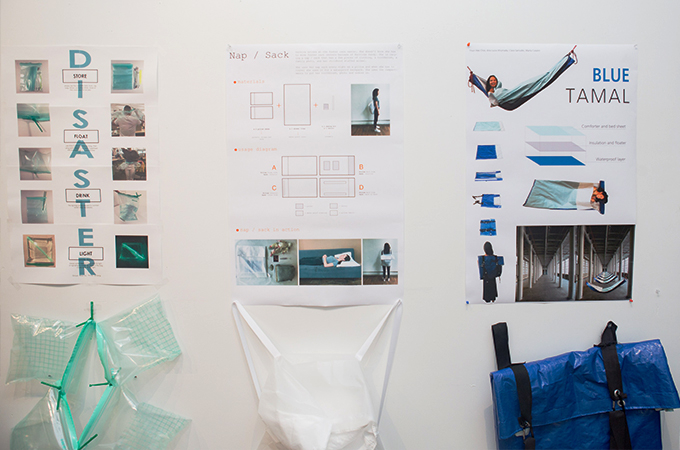 Some of the works created by the students

Japan has also learned a lot through exchanges in many ways. The American Red Cross in the earthquake- and fire-prone Los Angeles area has had to grapple with the task of educating the public, especially children, about disaster preparedness. In their efforts to attract the attention of children, they worked in tandem with Walt Disney Co. to launch the Pillowcase Project, teaching children how to create their own emergency supply kit by packing essential items in a pillowcase illustrated with Disney characters. When the children go home and share their kits with their families, it leads to greater disaster resilience of the families and community as a whole. This was a valuable suggestion to the visiting Japanese experts. 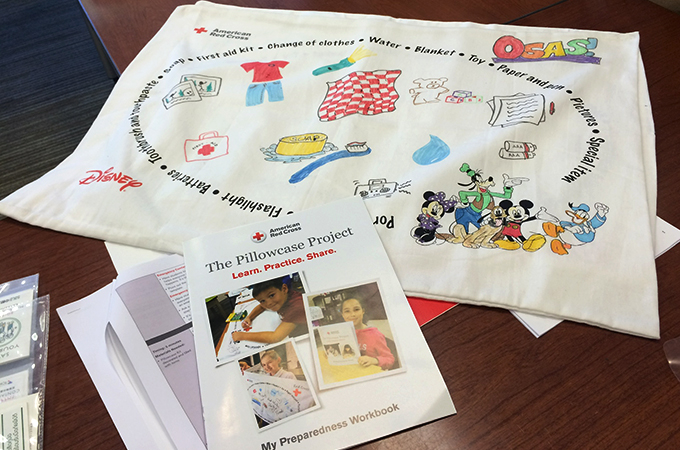 There are differences in responses to different disasters in different environments. However, disaster preparedness is a pressing and common need, as is the challenge of incorporating the mindset of disaster preparedness into daily life. Although specific methods and approaches may differ, learning about different cultures and values, and cooperating beyond national boundaries to share globally both the knowledge and skills of disaster preparedness as well as lessons about how best to reach out to and educate the public, will enhance the resilience of the international community as a whole in coping with natural disasters.

A few passages have been added to this article, which originally appeared in a newsletter published by the English-Speaking Union of Japan as well as The Japan Times.
https://www.esuj.gr.jp/jitow/560_index_detail.php#english https://www.japantimes.co.jp/opinion/2019/05/10/commentary/japan-commentary/share-japans-knowledge-skills-disaster-preparedness/

Ayumi Takita
Ayumi Takita joined the Japan Foundation in 2006 and is currently Senior Officer, Planning and Coordination/Americas Section, Japanese Studies and Intellectual Exchange Department. Prior to her assignments in Tokyo, she has served as Head of Arts and Culture Department in the Japan Foundation, Bangkok, and Program Director of Intellectual Exchanges in the Center for Global Partnership, New York. She engages in promoting US-Asia-Japan people-to-people exchanges and dialogue on global issues of concern, such as international peace and security, public diplomacy and community empowerment and resilience.