JF's Initiatives for Crossing Borders, Engaging in Exchanges and Harnessing the Power of Creation amid COVID-19 <1>
Japan-China online exchange involving the digital native generations at the Centers for "Face-to-Face Exchanges" in China

The Japan Foundation China Center was established in 2006 with the goal of invigorating exchanges among young people in Japan and China. One of its main projects is the Long-Term Exchange Program for Chinese High School Students, which invites Chinese high school students to Japan to study at a Japanese high school and stay with a Japanese family for approximately a year. Another is the Centers for "Face-to-Face Exchanges" in China. Both projects have been in operation for more than a decade.

The Centers for "Face-to-Face Exchanges" provide space for exchanges set up in 17 locations in China and are mainly operated by local universities. The Japan Foundation China Center supports organizing events and other activities. For example, it has co-organized travelling events at several Centers for "Face-to-Face Exchanges" and dispatched lecturers and Japanese students for a visit.

Due to the COVID-19 pandemic, the events slated to be held in March 2020 were either postponed or cancelled. Nevertheless, many people involved in the operation of the Centers for "Face-to-Face Exchanges" have been exercising ingenuity to continue exchanges with a spirit of "let's do whatever we can right now." This article presents some of the activities that were carried out. 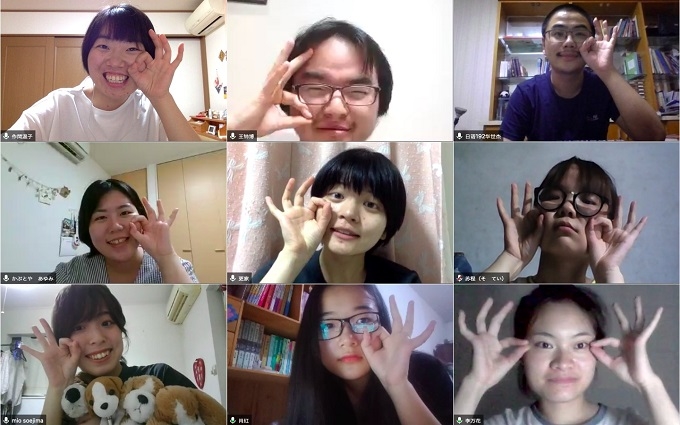 In February 2020, the project to send Japanese undergraduate students to various parts of China in March for face-to-face exchanges with their counterparts was cancelled due to the spread of COVID-19 infection in the country. Instead, the Japanese students produced a video expressing their support for their counterparts in China. The students shared messages such as "Jiāyóu, Hang in there, China!" and "I'm looking forward to meeting you" with Chinese participants via social media, who also quickly responded with messages of support to the Japanese students.

It's fair to describe the current generation of students, both in Japan and China, as video- and Internet-savvy digital natives. It took them only half a day to plan and shoot the video, which they then quickly edited. It was pretty impressive. We interviewed Ms. Kobayashi Ami, a student at Wakayama University who was also involved in the production of the video. 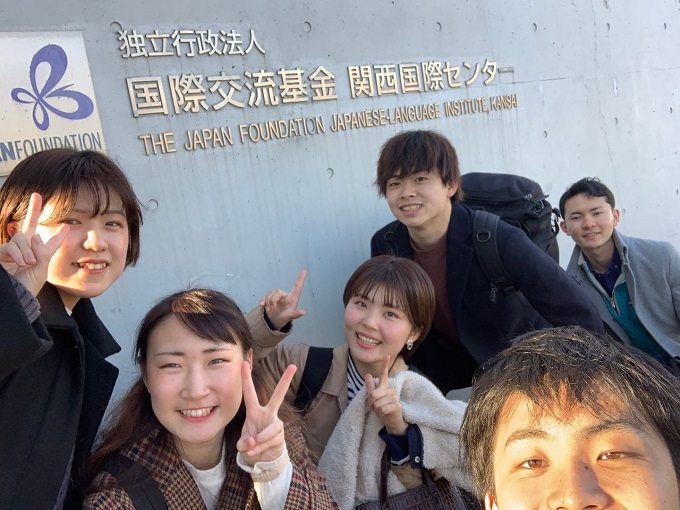 Ms. Kobayashi Ami (third from the left) and other Wakayama University students who made the video at The Japan Foundation Japanese-Language Institute, Kansai

Ms. Kobayashi: When we found out we could not go to China, we tried to hold an online exchange with the students in China. Since we were not familiar with the platform, it was awkward. When we decided to make the video, we didn't know how the Chinese students would react. We weren't sure what the finished video would look like either, which made us anxious, but we went ahead to show our support anyway. Immediately after we posted the video to WeChat (a Chinese social media service), our counterparts and Chinese friends replied with messages such as, "I saw the video! Thank you," and we felt relieved and filled with happiness at the same time. Our counterparts expressed a strong desire to meet us in their messages. All of us were disappointed by the program's cancellation, but their messages motivated us. We promised to keep doing our best until the day we finally meet each other. There's no doubt that meeting in person with them would have been an amazing experience. However, given the situation, I realized that it is equally important to give mutual support, albeit online, and try to improve by learning from each other.

Message from China to Japan

Ms. Sakuma: We held three China-Japan Tea Parties using a Chinese videoconferencing app between April and August. We used the connections of past participants to invite undergraduate students from Japan and China. About 30 students, including Chinese students majoring in the Japanese language and Japanese undergraduates, participated in each event. In the second party held in May, we talked in Japanese about many things, such as what to do during Golden Week holidays, the meanings of the holidays in May in Japan and China, and differences between the holiday customs.

Because in the previous parties each participant didn't get to speak much because there were too many people, for the third party we divided the participants into two groups beforehand to facilitate communication. We divided the participants from Japan and China in as balanced a manner as possible depending on their language proficiency and which face-to-face exchanges for university students project team they belong to. We also made some improvements, such as assigning two separate moderators responsible for Chinese and Japanese languages and selecting students to work as assistant interpreters, to enhance students' experiences.

We faced difficulties since we used a Chinese social media app for the China-Japan Tea Party, with which the Japanese students were not familiar. Some of them could not download the app or log in even after successfully downloading the app. In addition to tea parties, we planned a singing party to provide opportunities to interact through singing so that students who were less capable of speaking Japanese and thus hesitant to join could also participate in tea parties.

The Xiamen Center for "Face-to-Face Exchanges" in Fujian Province held a unique online sushi-making event. Chinese students posted photos and videos of the sushi they made to a social media service. The excellent sushi creations were selected based on a scoring system that comprehensively evaluated their sushi-making methods, display, creativity and video-editing skills through online voting by the social media service's general users and a three-judge panel of Japanese-language teachers. From authentic nigiri sushi to gorgeous maki sushi, we were amazed by the skills of the students. Xiamen University Tan Kah Kee College's Ms. Lin Yihua, who put together this event, said the following.

We had held sushi-making events at the university even before the Xiamen Center for "Face-to-Face Exchanges" was established. However, this was the first time it was held online, so interactions between the participants was inevitably limited and it was difficult to create a feeling of unity that everyone was in this together. Having said that, evaluating the sushi-making videos generated a feeling of competition, such as how they are presented, and made it easier to record the activity in videos and photos. I think asking the participants to create videos made the event more effective. It is true that we should try everything! 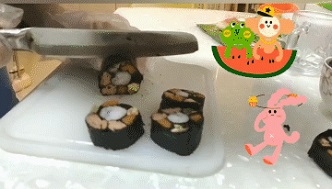 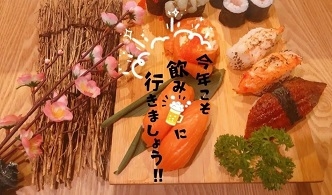 The judges were amazed by some of the sushi that won awards. They were so beautifully presented it felt like they were made by a pro.

In these and other ways, Centers for "Face-to-Face Exchanges" in various locations have started hosting online events. In addition, in some locations such as Xining in Qinghai Province, it has also become possible to hold in-person events, including tea ceremony. Our online event initiatives have just begun, but the agile adaptability of young people have facilitated the creation of new projects more quickly than we expected. The Japan Foundation China Center remains committed to providing support to various activities to continue promoting grassroots exchanges between the two countries through experimentation.

(Positions are as of at the date the Japanese version of this article was published in October 2020.)